What has brought “Secuencias” by Toni Moreno this year? 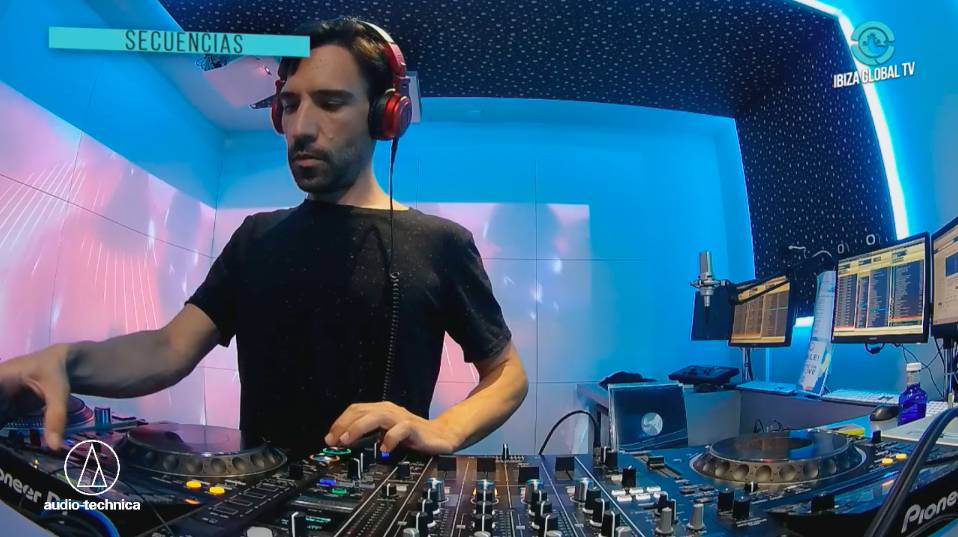 Toni Moreno is a versatile DJ that is always forcing its music to the limits between house and techno. Its main radio show, “Secuencias” has turned into one of the main pillars of Ibiza Global Radio.
He is a regular in the Ibiza’s summer, performing in clubs like Ushuaia, or participating in the Carl Cox Party in Space Ibiza. He has also worked hand-to-hand with DJs with the reputation of Luciano and he has participated in the openings and closings of Space.
His club sessions contain a sexy groove and a perfect rhythm to dance.
This famous radio show has hosted international artists like Cassie, Dorian Paic, Nima Gorji, Seb Zito…
In short, he has a great covering letter.
In Ibiza Global Radio, we can listen to the limits of house music by listening to his radio show from Monday to Friday from 08-09 PM and also Mondays and Thursdays from 07-08PM.

Having him with us during the whole year has brought us very special moments we want to share.
This is our personal selection from his Radio show, “Secuencias”.

He is a very special DJ for the White Island as he has been performing as a resident in Ibiza since 1990.
Famous and well known are his venues in Privilege during the summer Fridays.
His electro house style has been enjoyed by thousands of people around the world in clubs such as Queen (Paris), Ministry (Moscow), Kapital (Madrid), Joia (Miami) and in Ibiza Global Radio we can have his sound with us every Wednesday from 07-08PM.

Although his young age, Archie Hamilton has performed in very famous nightclubs around the world. His style between house and techno fits perfectly with the aim of the Radio Show.
In 2015, he decided to launch a new project with the FUSE Resident Rossko, called “Arkityp”, and both have been present in the Ibiza’s underground scene.
In 2016, he started being a DJ resident in Amnesia Ibiza and he consolidated its position in the electronic music scene by entering in the Top 100 DJs according to Resident Advisor.
These videos are a proof of what they can do!

Despite his big personality, what most shines of him is his music. This controversial DJ has told the people very unrealistic stories about his past. However, although his past is so unclear, his future does not seem that. He is certainly one of the most prominent artists in the game right now, his bump and grind sounds are in demand all over the world, and for good reason.
His style is very particular as he combines the influences of his homeland Miami with percolating percussions and firing vocals that drive the crowd crazy.
Hope you enjoy this session!

And finally, the last video is from the broadcaster of this special Radio Show. The best example of what this radio show means.

“Secuencias” by Toni Moreno has brought us very special moments during this 2017 we needed to share with you. However, we are completely sure that 2018 will be even better, not only for this radio show but also for the entire team that conform Ibiza Global.