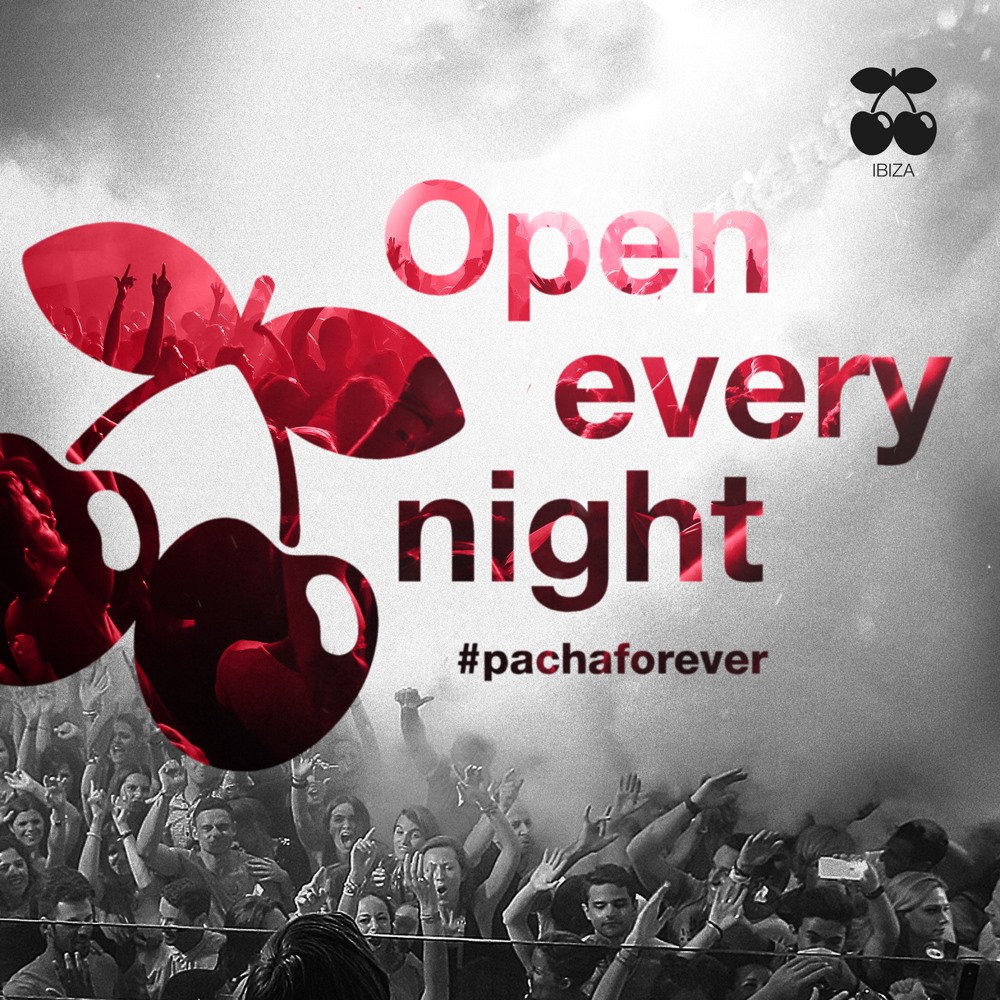 With summer now just around the corner, partygoers from around the world will be setting their sights on dance music mecca Ibiza. Making the most of the summer season, famed for its ‘Forever Young’ spirit. Pacha Ibiza’s famous doors will be open every night from 1st May right through to 15th October.

Kicking things off in style, May will see performances from international stars Sasha, George Fitzgerald, Audiofly, Martin Buttrich, Horsemeat Disco and many many more.

Boasting a calendar brimming with the finest DJ talent every night for over five months, Pacha continues to retain its reputation as one of the most iconic clubs on the island – and indeed the world, year in, year out. This year will see the unbelievable 37th season of its Flower Power nights on Monday, the return of Maceo Plex‘s magical Mosaic concept on Tuesdays, the one and only Martin Solveig with My House on Wednesdays, dance legend David Guetta with F*** Me I’m Famous on Thursdays, Hot Since 82‘s brand new Labyrinth party for Fridays, Bob Sinclair‘s return to the decks for Pure Pacha on Saturdays and last but by no means least, Solomun +1 on Sunday nights.

Featuring state-of-the-art sound systems, lighting and visuals and some of the best music the island has to offer, Pacha is a must visit for any discerning partygoer this season. Below are just a few of the highlights coming up during the opening month, be sure to check out the lineups and get your tickets now.