It’s All About the Music video compilation: 15th to 19th May 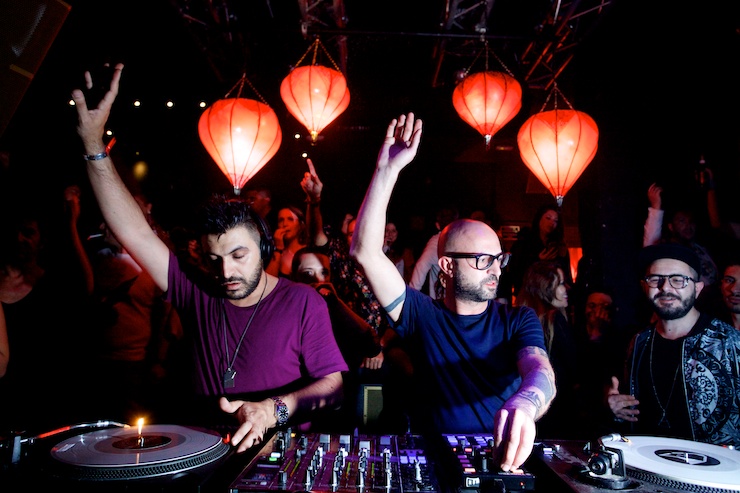 Along every week some of the famous DJs of the world visit our studios and play their best tracks and mixes in order to transport the listener to the Ibiza’s heart. Especially, in our program “It’s All About the Music” we are honored to have the presence of invited DJs from any corner of the planet, who make this radio more international.

House, deep house and tech house are the pillars of the program and by which we want to evoke the same emotions that we feel playing. Undoubtedly, listening and watching It’s All About the Music is the best way to feel the essence of Ibiza and it’s clubbing.

Here you can watch a collection of the programs that were launched from 15th to 19th May.

Neverdogs – It’s All About the Music

Neverdogs, a duo composed by Tommy Paone and Marko Kay, are one of the main references of the international underground scene, whose tech house has broken frontiers and has consecrated them. Since 2005 we can see them into the cabins of some of the famous clubs of the world, where their passion and talent is shown.

Hugo Bianco – It’s All About the Music

Hugo Bianco, an authentic globetrotter who has played in famous clubs of Ibiza, Miami, New York or Berlin, feels absolute devotion for great events such as Ultra Music Festival or Cocorico, where he feels like fish in the water. Also, he is a Club Space Miami‘s resident, the place which is considered his home.

Anna Tur – It’s All About the Music

Among a lot of international DJs, shines the presence of Anna Tur, a DJ who was born in the White Island and has become in one of the Ibizan DJs with more international projection. From house to techno, she has a natural talent for the music, showing this talent along these last years in clubs and festivals around the world.

Leon – It’s All About the Music

When Leon was young he fell in love with house music and since this moment he has dedicated his life to produce and play it. He has contributed to reinvent this type of music and has achieved the admiration of top DJs such as Luciano, Loco Dice, Carl Cox or Ricardo Villalobos.

Marco Faraone – It’s All About the Music

This Italian DJ and producer is the responsible of UNCAGE, his label and where has published his own material. His versatility makes each of his sets are magical through different musical genres such as house or hypnotic techno. To give you an idea of the great number of fans that follow him, in his ‘Marco Faraone and Friends’ event 4.000 followers invaded Sicily.