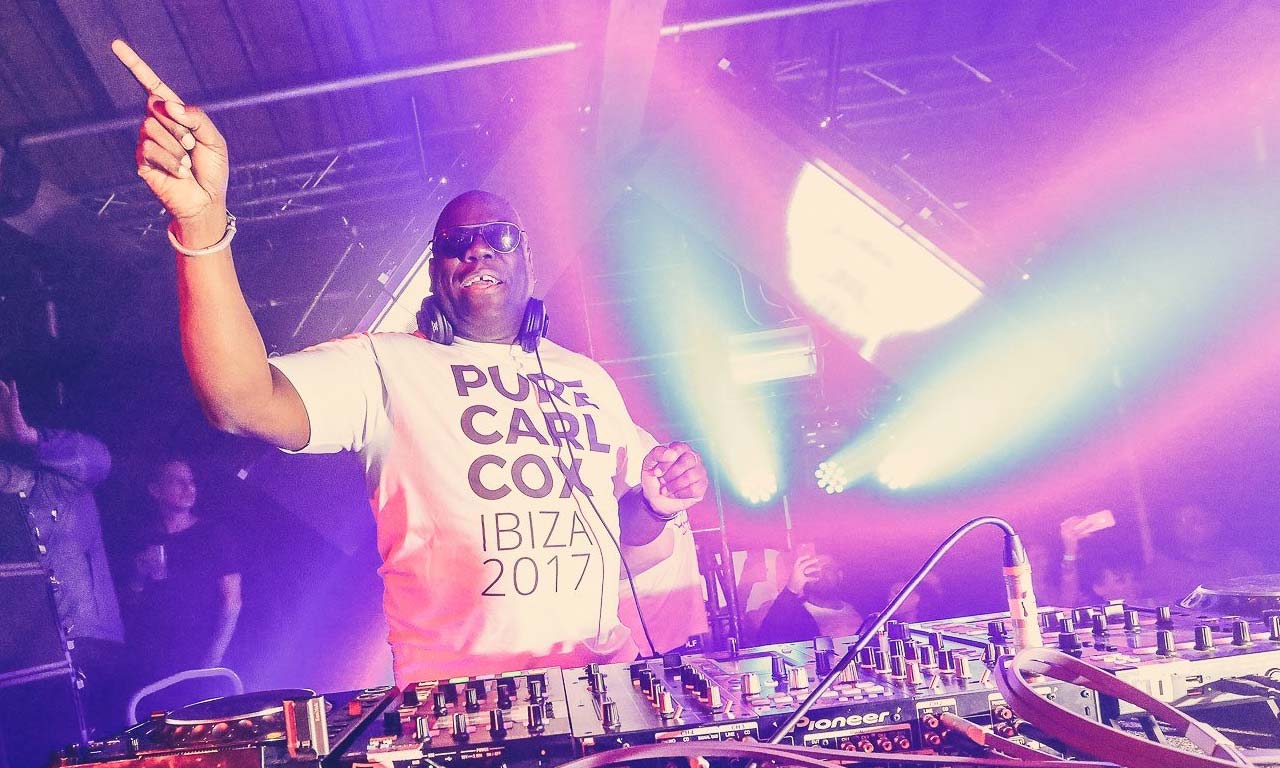 The clubbing in Ibiza during the last 20 years at least have no sense if we do not mention or not include Carl Cox, the true King of Ibiza. His name will be related to the Ibiza’s history forever, and especially, with Space Ibiza‘s history, the club where he had a residency along 15 years. It’s not a coincidence that Space Ibiza was considered the best club in the world during the years when Carl Cox played his music in this club.

He is an ambassador of acid house, a master of house and tech house and a champion of techno; all these titles are justified, of course, because he is considered as the Nº1 electronic music DJ worldwide due to his quality and technique.

Although the closure of Space Ibiza was a shock for everyone, Coxy didn’t want to say goodbye to the White Island, and fortunately, he organized Pure Carl Cox, the party that during two Tuesdays in July brought back old school sounds to Privilege. Due to these incredible parties, Carl has created this excellent chart, so enjoy it!

Boxla – Point of No Return (Original Mix). We Are the Brave

Carlo Lio – Prey 4U (Original Mix). Do Not Sleep