IT’S ALL ABOUT THE MUSIC selection for your delight 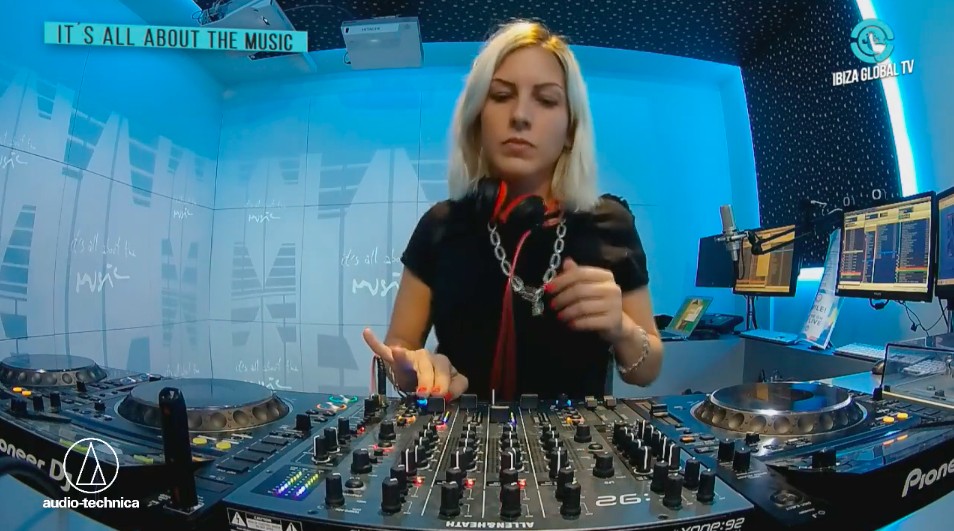 September arrived and most of the people thought that summer and music had ended, but that’s not the reality. Ibiza Global TV continues offering house music lovers what they deserve. This popular live radio show has given us very special moments during the off-season, and we want to show you a selection that proves that.

As we could not condensate such an amazing gallery in one single post, we will be doing a series of our personal selection only for that single live radio show.

Hope you enjoy like we enjoy it every day!

The first session selected the one that welcomed the month of September, performed by the DJ Anna Tur.

This young DJ started her professional career in 2010. Although her young age, she has been accumulating good reputation in the underground scene, which has helped her to perform across the entire world.

She’s an energetic person, as you could see in her sessions, and that energy is transmitted into her music. She has a unique sound and style as she combines sounds that go from house with more grooves until balancing it with the most melodic techno. By joining all those factors together, you end up having a perfect attraction to live the house music experience.

This DJ has a long career in the house music clubbing as he has been performing during a lot of years. He was resident DJ in Nottingham’s “The Bomb” in 2002, so experience is the word that best defines him.

Matt was raised in Bahrain, where clubbing tradition is not so extended. However, he received some videos of Ibiza’s sessions by part of his brother that made him realize what was his passion.

Its style combines a mix of jacking and Chicago’s house.

Biographies can tell you a lot of information but the best way to know an artist is by listening to him on the dance floor.

DJ Rodolfo Wehbba is now one of the new values of the Brazilian electronic scene. This old guitarist of Sao Paulo started his professional career as a DJ in 2001. He has received a huge influence of Australian electronic music as he was living there for some years. After that experience, he decided to return to Brazil and started with its actual style, a mix of techno and electro-techno. His growing fame and reputation provoked that he performed in the most important Brazilian electronic festival, Skol Beats.

Antonio Pica is a young Italian DJ and producer born in Naples. Precisely there, in Naples, is where this 26-year old DJ has its residence, in a club named Orbeat.

His most direct musical influences come from Loco Dice, Richie Hawtin and his countryman, Marco Carola, with whom he has collaborated some times.

He looks for a synthesis between the past and the artists that made the history of the Global Culture Club, and the contemporary style. Due to that, he has a tech house style that is very distinctive.

This summer he has been performing in Amnesia Ibiza in Music On.

Resident Advisor says, “Greeko is definitely one of the most interesting and younger artists to discover in the upcoming future.” This young DJ born in Italy is such an innovator. He has a unique style by combining different beats with dark sounds and fuzzy vocals. His influences from jazz, hip-hop and Detroit’s techno provoke a very distinctive sound.

His growing fame and reputation have made that he performed in the Berlin’s techno sanctuary Tresor.

He has a very brilliant future in the Tech House/Techno panorama.